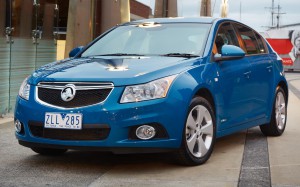 Kevin Rudd’s resurrection as Prime Minister comes at a critical time for the Labor Party, and the on-again, off-again, on-again Prime Minister wasted no time in trying to stem the bleeding by addressing the biggest political nightmares the public were caning them for.

However, most solutions come at a cost. And bringing forward changes to the Carbon Tax had to be funded somehow. So Rudd decided to cut out the ‘statutory formula’ method for valuing fringe benefits in the form of employer-provided cars.

It’s not that you can no longer receive an employer-provided car, or that you will now incur FBT on the entire value of the car. Until 16th July 2013 you were able to use either the ‘cost method’ or the ‘statutory formula’ method and in future you will still be able to use the cost method. What Rudd’s change means is that you will be levied FBT on the ‘actual’ value for personal use rather than a deemed amount. It could be argued that this is the fairest method. However, it carries with it an increased compliance burden in terms of record keeping, and because FBT is levied at the top marginal tax rate (currently 46.5%) an employee who is not in the top marginal bracket would be better off paying the cost of their personal use out of their own pocket, because the tax on their personal income is at a lower rate than the FBT on an employer-provided vehicle.

Aside from the fairness of these arrangements, many Australians have reacted negatively to Rudd’s announcement because the statutory method has been a long-standing option which we have come to expect and have indeed planned for.

However, in the media frenzy that followed Rudd’s announcement a few important details have failed to receive much airplay.

Firstly, the changes were presented as though they take effect ‘immediately’. In fact, they only apply to new contracts entered into after 16 July 2013. So anybody who has a current novated lease on a vehicle can continue to have their FBT treated under the old regime.

Of course, if the Rudd Labor Government loses the upcoming Federal Election, we can expect the new Liberal Government to honour their pledge to abolish Rudd’s reform, so things may all go back to the way they were in a few months’ time.

ASIC fees are reviewed each year. Most of them are linked to the Consumer Price Index in the March quarter. Examples of fees which have increased include:

The Net Medical Expenses Tax Offset (NMETO) is to be phased out by 1st July 2019, with transitional arrangements for those currently claiming the offset.

For all other taxpayers (i.e. those who did not claim the NMETO in 2012-13), the NMETO will be restricted to out-of-pocket medical expenses for disability aids, attendant care, or aged care expenses which exceed the relevant thresholds.

Historically companies could only carry forward losses, to offset against future years’ earnings. Under new legislation introduced by the Australian Federal Government, losses in 2012-13 can be carried back so you can claim a refund against tax paid in 2011-12. From 2013-14 onwards, tax losses can be offset against tax paid over the previous two years.

Who is eligible to claim?

To carry-back tax losses, you must:

How much can you claim?

The loss carry-back tax offset for the income year in which you carry back tax losses is the lowest of:

Businesses in the building and construction industry have been required since 1st July 2012 to record the total payments they make to each contractor for building and construction services, so that it can be reported on an annual basis. The first Taxable Payment Report is due on 21st July 2013 (if your company lodges BAS quarterly you will have an extra week in 2013, with an extended deadline of 28th July).

Who needs to report?

You are obliged to report if:

How does the ATO determine whether you meet these criteria?

What do you need to report?

You will need to report each relevant contractor’s:

The ATO web site clarifies a number of critical details that impact whether or not you are caught in the net of this reporting requirement, and defines occupations and work activities that qualify as building and construction services. You can read all the details here.